Why Are Air Conditioners And Refrigerants Killing The Climate?

The planet is facing a looming ‘cold crunch’ of sorts that could have the potential for environmental calamity. This might happen because the demands for refrigeration and air conditioning are growing so rapidly, that they threaten to destroy international pledges and designated targets for dealing with global warming.

Power consumption around the world for air conditioning alone is expected to increase by a factor of 33 by 2100, given that urbanization continues to advance and incomes in the developing world are going to rise. Things are already at a point where the United States alone uses just as much electricity on cooling buildings as the continent of Africa does on everything. India and China are not far behind either. By the middle of the century, consumers will use more energy for cooling things down than heating them up, and this is already the case in America.

It’s a cruel irony about climate change that cooling things makes the planet hotter. It’s not just air conditioning in homes and buildings, but also in vehicles and food refrigeration that add up. All this air conditioning and refrigeration warm up the planet and contribute to climate change in three primary ways. First of all, most of the energy used in such appliances is generated by the burning of fossil fuels in power plants or vehicle engines. Second, they expel heat in order to cool things inside, contributing to thermal pollution. Third, many refrigerants used are either greenhouse gases that trap the sun’s energy or they destroy the protective ozone layer; many do both.

Historically speaking, artificial cold is a relatively recent development. The first residential air-conditioning unit didn’t happen until 1914. Home refrigerators weren’t around until 1930. Now citizens and consumers of many nations in advanced economies expect air conditioning for cars, offices, and homes. Some cities wouldn’t even be habitable without them. Most of the developed world has its food chilled or frozen. Medicines, especially vaccines, require refrigeration, and entire industries ranging from steel to plastics and chemicals are dependent upon cooling. If they didn’t have good cooling the data centers that keep the Internet running would falter within moments.

It’s a vicious cycle too, as the planet warms, people want even more air conditioning, that fuels more warming. Compounding this is that a rapidly growing middle class in developing nations is located in southern and southeastern Asia, which are already in warmer climates than many other places. They far outpace developed nations too. Whereas the United States took 15 years to from 64 million air-conditioned homes to 100 million, China’s citizens bought 50 million new domestic air conditioners in the year 2010 alone. To make matters worse, the number of homes in China with refrigerators was only 7 percent in 1995, but 95 percent in 2007.

A huge problem lies in the fact that nearly all this cooling technology is still made using what’s called vapor-compression refrigeration. This century-old technology uses fluid refrigerants. Many of these refrigerants are hydrofluorocarbons, also known as HFCs. They absorb and then release heat, but such technology also needs lots of electricity. Air conditioning is responsible for almost half of the power used in the Indian city of Mumbai. It’s already accounting for more than half of the summer power consumption in Saudi Arabia, which handles the needs by burning over a billion barrels of oil per year. Even in the United Kingdom, farther north and much cooler, refrigeration and air conditioning will mean using up 20 percent of all electricity.

Global warming does mean that energy used for heating will go down, and predictions in Europe show that over the next decade and a half, energy for heating should fall by a third. However, the energy needed for cooling is likely to go up by three-quarters, so the net effect is still bad for the climate.

Already, nearly 9 out of 10 buildings in the United States are air-conditioned. If trends continue in the developing world, they’ll wind up doing the same. In the year 2000, there were 300 terawatt hours of global energy put into air conditioning. It’s expected to be 4,000 in 2050, and up to 10,000 by the end of the century.

There are also new sources of demand that are expanding too. Power consumption around the world for data centers alone quadrupled between 2007 and 2013. The growth is fortunately slowing, but it’s still expected to double over the next two decades. 2060 is predicted to be the year when the need for cooling overtakes that for heating. Part of that has been efforts in conservation and energy-efficiency where heat is captured and reused. Sources for cold have typically remained diesel or conventional electricity.

Energy generated by fossil fuels is still responsible for three-quarters of all cooling emissions, but refrigerant leaks alone might increase CO2 emissions and warming by 25 percent by 2050. Right now, they’re already at 10 percent.

Some refrigerator units are worse than others. Small diesel-powered refrigerators common on food trailers put out roughly 30 times the levels of harmful particulate matter and 6 times as much nitrogen oxide as the actual engine powering the truck. What makes this problematic is the growing need for refrigerated food trailers. The population of the world is expected to hit 9 billion by the middle of the century, so the role of cooling in keeping food security is essential. The United Nations expects demand for food to grow by half in the same timeframe, outpacing population growth.

The developed world wastes nearly a third of its food between harvesting and dinner tables. Just cutting that in half would feed 800 million people, which is remarkable considering that a billion are chronically undernourished.

Fortunately, new technologies from www.bluonenergy.com can replace a lot of older ones. HFCs and CFCs are getting replaced by HCFCs, but even they have the potential for environmental harm. Still, hydrocarbon-based coolants are now on the horizon and show a lot of promise, as does using liquid nitrogen for food trailers. International treaties are phasing out older technologies, but developing nations often have more time. The question is how much damage will be done before things turn around, if they do at all.

How Can Kitchen and Bathroom Renovations Improve Your House

How Can a Roofer Help You 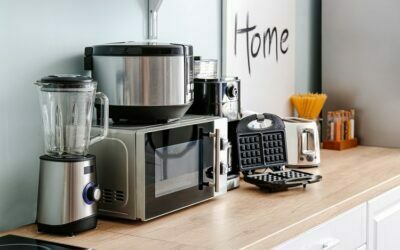 Ten Tips To Prolong The Lifespan Of Your Home Appliance

Why Should You Rely on Your Local Mechanics?

Get the Best of the Pest 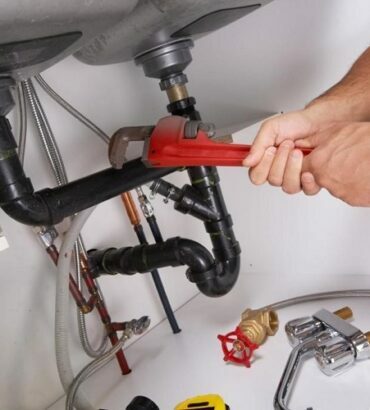